ICEM brings together internationally recognized experts and young researchers in an effort to exchange ideas in different topics having the common link „Experimental Mechanics“. ICEM acts also as a platform for establishing connections between different research teams that are trying to build and develop future scientific collaboration.

ICEM19, the nineteenth International Conference on Experimental Mechanics will be held on July 17 - 21, 2022 in Kraków, for the first time in Poland. The Conference will be focused on experimental and measuring techniques for thorough study of the mechanical properties of different materials, engineering structures and systems which are necessary to create the physical bases and provide verification of analytical or numerical methods in engineering design.

Besides of the scientific program, it will be an opportunity to explore and discover the city of Kraków, the former capital of Poland. Kraków is one of the most beautiful Polish cities with a tradition dating back over 1000 years. Everyone who was at least once in this city will not forget the impression left by the local atmosphere of the old castle walls, the Wawel hill with the dragon's cave, stretching just above the lazily flowing Vistula River, a charming Sukiennice market with a beautiful St. Mary's Church and plenty of greenery. It is difficult to talk about the monuments of Kraków, because almost the whole city is one big monument, worth admiring during walks.

On behalf of the Organizing Committee and the EuraSEM we have a great pleasure to cordially invite the eminent scientists as well as young researchers and students to attend the ICEM19 in Kraków.

of Mayor of the City of Kraków

Marshal of the Małopolska Region

Rector of the Cracow University of Technology

Rector of the ​​​​​University of Science and Technology

Rector of the Silesian University of Technology

Rector of the Warsaw University of Technology

President of the Polish Academy of Learning

Rector of the Poznan University of Technology 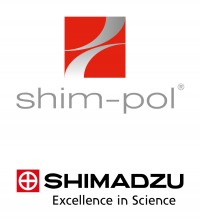